Let's Get Conceptual: When is a game not a game?

With the recent release of 'Everything' on the Playstation 4 it's probably about time, once again, to have that same old argument about what is and isn't a game. David O'Reilly's 'Everything' is an apparent universe simulating sandbox in which the user can control anything from galaxies to atoms whilst enjoying the pre-recorded philosophies of the late Alan Watts. It doesn't directly bill itself as a game, instead calling itself an 'Interactive Experience' with no 'enforced goals, scores or tasks to complete', however it does give the player enough feedback about what they have done (for example, how many plants they have been) in order for them to set their own goals and find their own fun within the creative sandbox of that world.

I was talking to Emma about it some time before the game's release, and we disagreed on whether or not it was a game. I was adamant that as the product has no enforced goals, scores or tasks to complete,  it isn't a game but a toy; Like other open, make-your-own-fun type products such as Garry's Mod and Beam.ng Drive, it gives the players the tools but not the rules.  Emma argued that 'hecksake not this again, lad' and as Everything is a product sold in the 'Games' section of the PSN store, Everything is marketed as a game and therefore has to be considered as one. And then I went down a rabbit hole of working out at what point a game ceases to be a game when you strip it of features, from which I may never actually return. 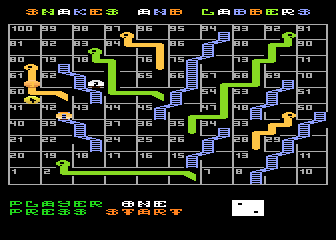 It's like you're really playing a tedious board game in the comfort of your own home!

For the sake of simplicity and to minimise the number of parts to consider, I started with a board game rather than a video game. Only the most ardent contrarian would dispute whether or not Snakes and Ladders is a game. Snakes and Ladders is one of the Ur games; it's been a staple of British childhoods since Victorian colonials stole it from the Indians (alongside curry, gemstones, and the lives of millions upon millions of innocent people) where it had been used as a teaching tool since at least the second century BC.

In its modern incarnation, it's an extremely simple game. Two or more players take it in turns to roll a six-sided dice and then moves their piece that number of spaces along a numbered 10x10 lattice. If a player lands at the foot of a ladder, they immediately climb it to the top and gain an advantage of a good number of spaces, but if they land at the head of the snake they must immediately follow its tail downwards. The first player to reach the '100' square (by exact count, because Snakes and Ladders could not be a less fun game) is crowned the winner and gets to go play something else.

So aside from the original moral teachings (or those later shoehorned in by Milton Bradley in the 1940s) and some basic mathematics, what can we learn from Snakes And Ladders? Well, Snakes and Ladders is a good point at which to start looking at just how little content is required in order for something to be considered a game. 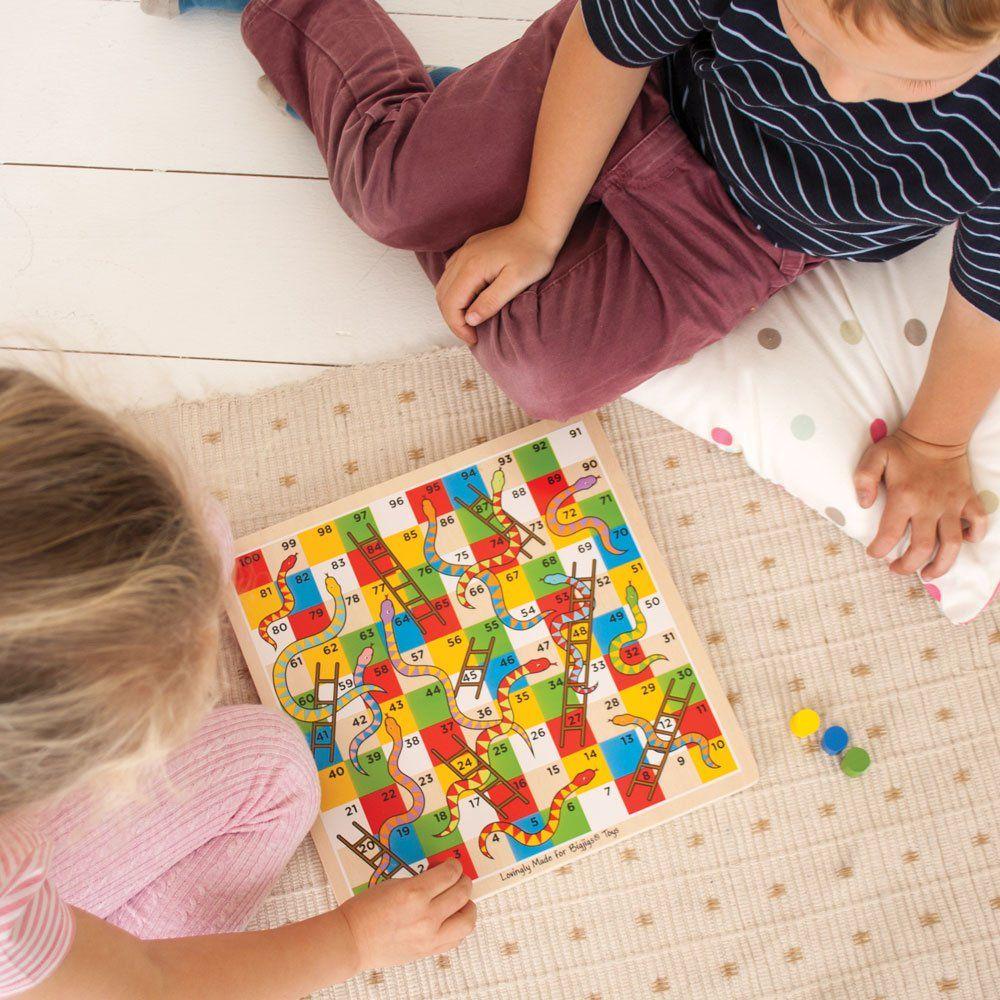 “Well, this one-player Snakes and Ladders is boring, but at least Dad's stopped trying to make us play Monopoly.'

This can be demonstrated by what happens if we gradually strip away elements of the game. What, for example, happens if we take away the other players? Is it still a game? Well, yes. Whilst some philosophers would argue that a game requires competition in order to be a game, the vast majority of video games can be played by a single player, and whilst it's nowhere near as common for board or card games to have a single player component, I'm willing to suspect that we've all played some variant of Solitaire at one point or another.

So then, our single-player variant of Snakes and Ladders is very much still a game, so then what happens if we take away some of the player interaction? What if, instead of rolling the dice at the start of each turn, the player consults a periodically-changing random number generator and moves that number of spaces? Whilst taking a dice roll away may intuitively feel like wrestling agency away from the player, a dice is literally just a random number generator in itself, and so rather than changing the game here we have merely automated one of its functions. The game as such remains unaltered since the last variant, even though the way the way the player interacts with it has been radically altered.

So while we're taking away elements that actively have no bearing on the actual gameplay, why don't we automate player movement. For some reason it's this act that starts to make me baulk and wonder if Snakes and Ladders is still a game, and yet taking away the player's physical interaction with the piece has absolutely no bearing upon the outcome of the game. Somehow we have removed any form of player interaction with the game, and the game has remained, aside from the removal of every other player, unchanged in its rules and outcome. It is arguably still a game even though it's literally unplayable.

And then, if we take away the game's ending (there are, after all, plenty of open ended games) and have the player's piece return to the beginning at the end of each round... then we've basically recreated that penguin mountain slide toy where the little penguins climb up a set of stairs and then slide back to the bottom. Which is most definitely a toy, not a game. 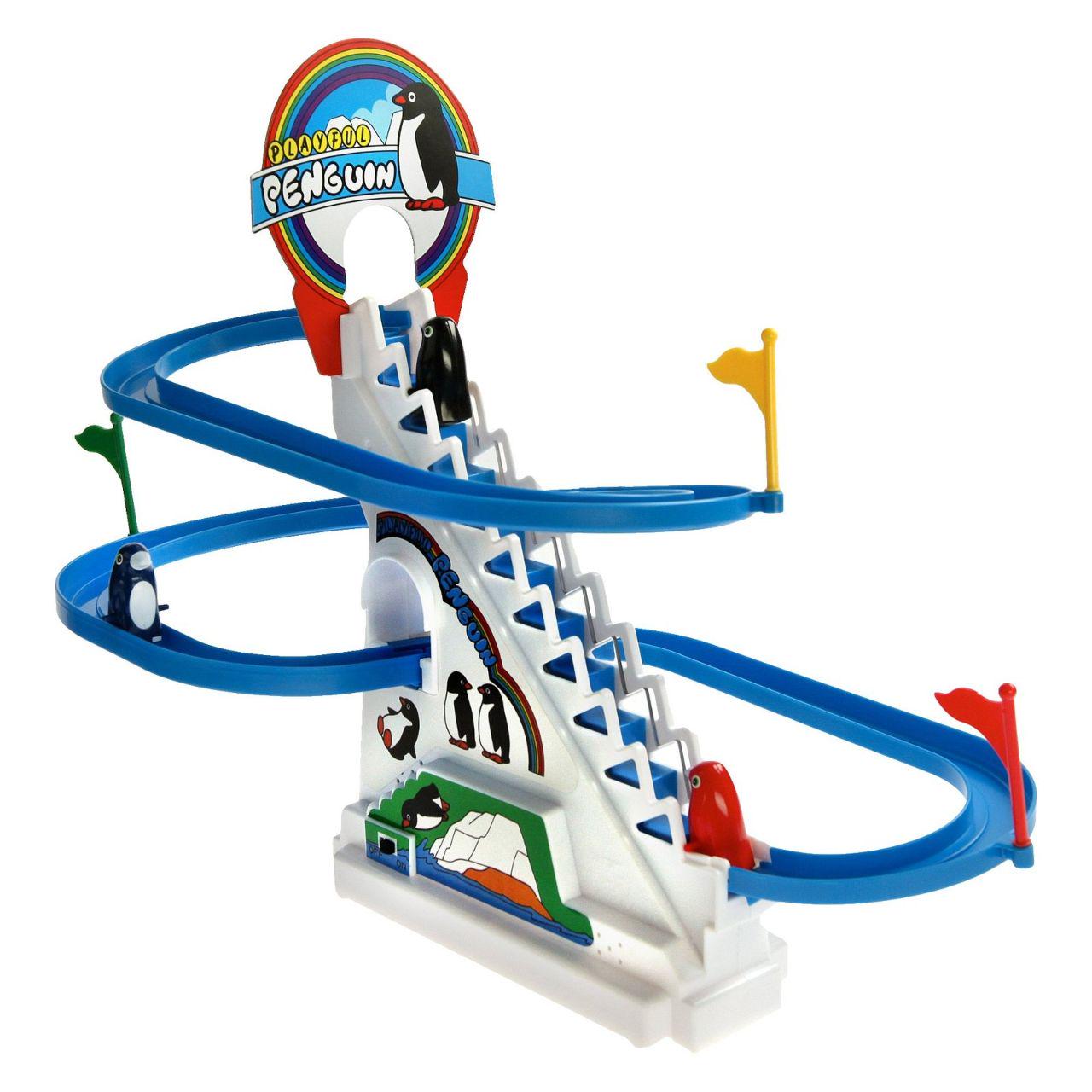 The weird thing is that if when I took the same thought experiment in the opposite direction and started at the penguin toy, I found it much harder to call what I had created a game. A penguin toy that doesn't reset itself is a broken toy, for example, and using a dice to randomise the number of steps the penguin moves up each time doesn't quite turn it into a game even though I was so adamant that our modified Snakes and Ladders in a similar state was still deserving of that description.

What then have we learned from this thought experiment? Well, arguably that there's no concrete way of discerning what is or isn't a game. What we perceive to be a game doesn't seem to be based upon any specific constructed rules but instead our intuition of what we think we know about games, and the context from which that information is approached. Alternatively, perhaps we were wrong from the start, and Snakes and Ladders, a 'game' in which the players have absolutely no agency or control isn't a game to begin with. Perhaps the definition of game has evolved past Snakes and Ladders.

Either way, you can buy Everything from the PSN Store right now, or from Steam in a month's time. It may or may not be a game (it probably is), but I hear good things regardless. You can also buy Snakes and Ladders or many other, better board game (personally, I've always been more of a Trivial Pursuit person) from your local toy store, internet retailer or charity shop full of battered old board games.