For the last few days I've been staring at a series of small, primary-coloured creatures hopping around on hex grids and getting really, incredibly frustrated. Astonishingly so. And yet for no particularly bad reasons. I've been angrily clicking about trying to figure out what goes where, failing miserably, getting angry, getting upset, contemplating giving up and then suddenly realising that if I try THIS instead the whole thing falls into place nicely. And then I move onto the next level and the whole cycle begins anew.

The gameplay of She Remembered Caterpillars is deceptively simple, but quickly evolves into quite a fiendish little puzzler. The player directs a series of creatures called 'Gammies': small creatures in primary-coloured shells that hop from space to space in a delightfully bouncy manner. Two Gammies of differing primary colours can be combined (temporarily) into a single Gammy of a secondary colour, and it's through this simple mechanic that the vast majority of the game's puzzles come into play.  Each stage consists of a single screen made up of a series of small islands connected together by a series of bridges. These bridges can only be crossed by Gammies of the same primary colour, or of a secondary colour that also contains that colour. The game soon also adds in gateways, which have precisely the opposite effect to the bridges, in that they block out anything that contains any element of their pigmentation. The goal of each stage is to get all of the Gammies onto exit mushrooms, at which point they will all fly away with a satisfying finality. 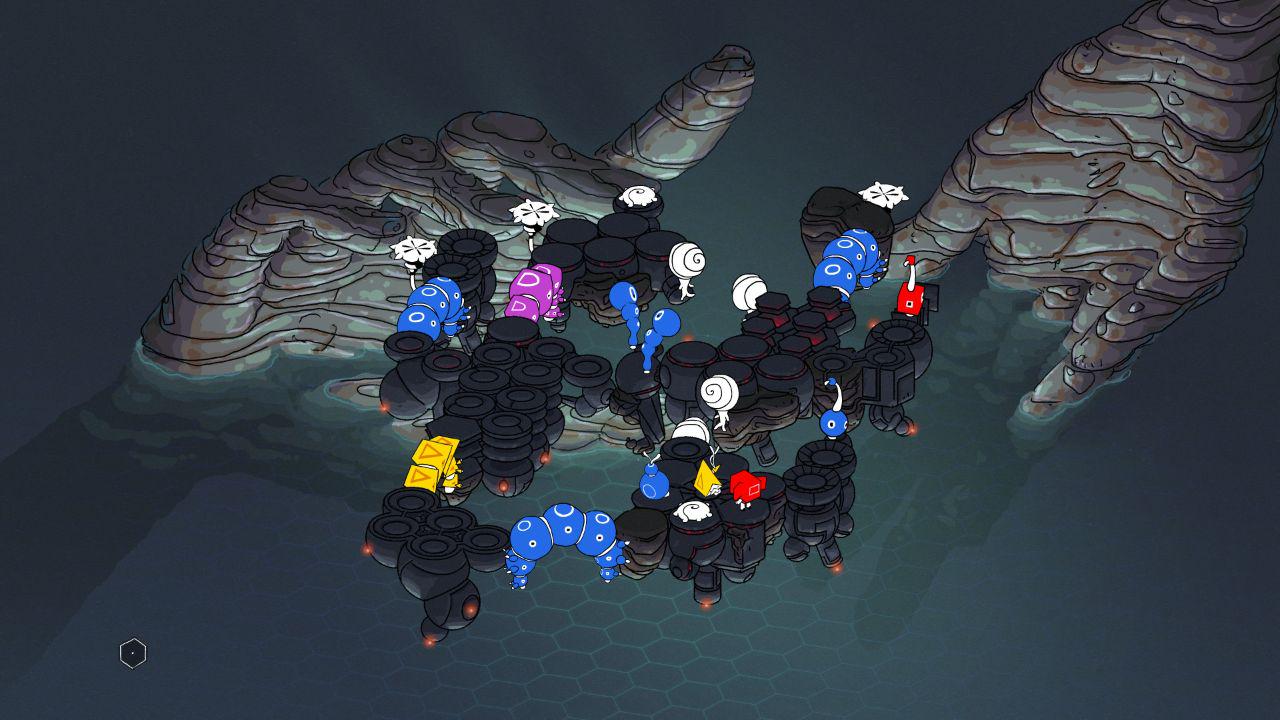 The system is simple in concept, but allows for some truly devious complication, and with each act introducing one more equally simple mechanic into the mix, the game quickly becomes far more difficult than you might assume at first glance. Essentially the game feels like one in which the player unties a series of increasingly complex knots: whilst the mechanics may be immediately obvious (or at least, intuitive enough that the player can deduce functions and limitations after the first couple of tries), working out which Gammies need to be where and getting them into the right place for the right function can be a surprisingly convoluted task, and it's often very difficult to work out where to even start, and whether progress is going in the right direction right up until the moment it all starts unravelling nicely into a neat, clean result.

The game's extremely challenging difficulty may come as a double-edged sword to many players. Whilst there is something truly satisfying about finally cracking a puzzle that's been nagging at you for most of a day, the game's difficulty curve is quite steep, and even players who quickly sweep through the early stages may find themselves overwhelmed towards the latter third of the game. This is coupled with the lack of an in-game hint option (although doubtlessly within hours of release there will be solutions to every level uploaded to YouTube), and a purely linear progression that forces the player to concentrate on a single puzzle at a time. As a result, the gameplay can sometimes devolve into the player frustratedly staring at the more difficult puzzles for longer stretches, experimenting with every possible move they can make. 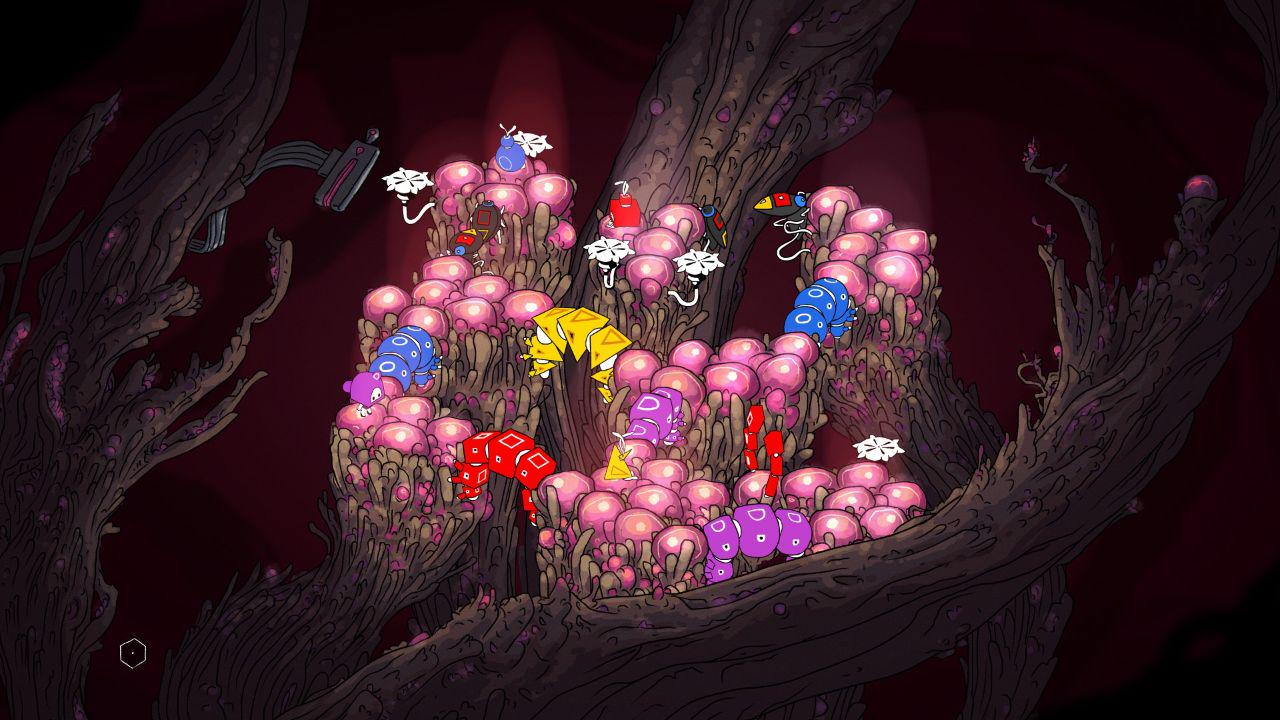 Still, it does extremely well to capture the attention for those long stretches of frustration, and whilst that's partially down to the devilishly excellent puzzle design, much can be said about the game's superb presentation. Each stage appears as a hand-drawn structure, digitally painted in a variety of muted tones. Puzzle elements, such as the Gammies and bridges, are coloured in flat, bright colours and shaped and decorated with squares, circles and triangles. The bridges appear as Caterpillars that pulsate slowly but cartoonishly in unison. Whenever the player attempts a move that is impossible, they find themselves blockaded with weird and excellently animated movements; caterpillars for example split neatly into two with a face appearing in the circular slice through their proportions, knocking the unwitting Gammy backwards. The whole thing is accompanied by a mood-setting atmospheric audio track that starts out calm and mournful, but moves towards mild intensity and dread as the game's drip-fed plot reaches some of its darker, more fascinating moments.

Ultimately, She Remembered Caterpillars is an experience based upon the juxtaposition of contrasting elements; A dark story about loss and mourning is combined with small, colourful, bouncy creatures, detailed, muted aesthetics are combined with primary colours and simple shapes, and design concepts that wouldn't look out of place in a child's game are combined with puzzles so difficult that I (a grown adult) wandered off to sulk on multiple occasions. And yet it all works in ways you wouldn't imagine it should. She Remembered Caterpillars is a compelling experience that, whilst I haven't quite yet completed, I will doubtlessly continue to spend time wrapping my brain around for the next few days. At least, until I start throwing things at walls.