I decided that after two weeks of utter dreck, I should treat myself to something nice. For a breath of fresh air I would buy and review the $1 tier of a Humble Bundle, thus guaranteeing a level of quality that the last two bundles could never offer me. And then Humble's Black Friday sale happened, and they stopped releasing any new bundles to focus upon their Store. Sigh.

Well, lucky for me then that IndieGala, one of the oldest bundle sites, decided to offer up their Black Friday Special Bundle with a $1 tier offering three games. IndieGala used to be pretty good back in the day, so surely a three game bundle from them would be something worth looking at? Surely. Maybe? Hopefully? 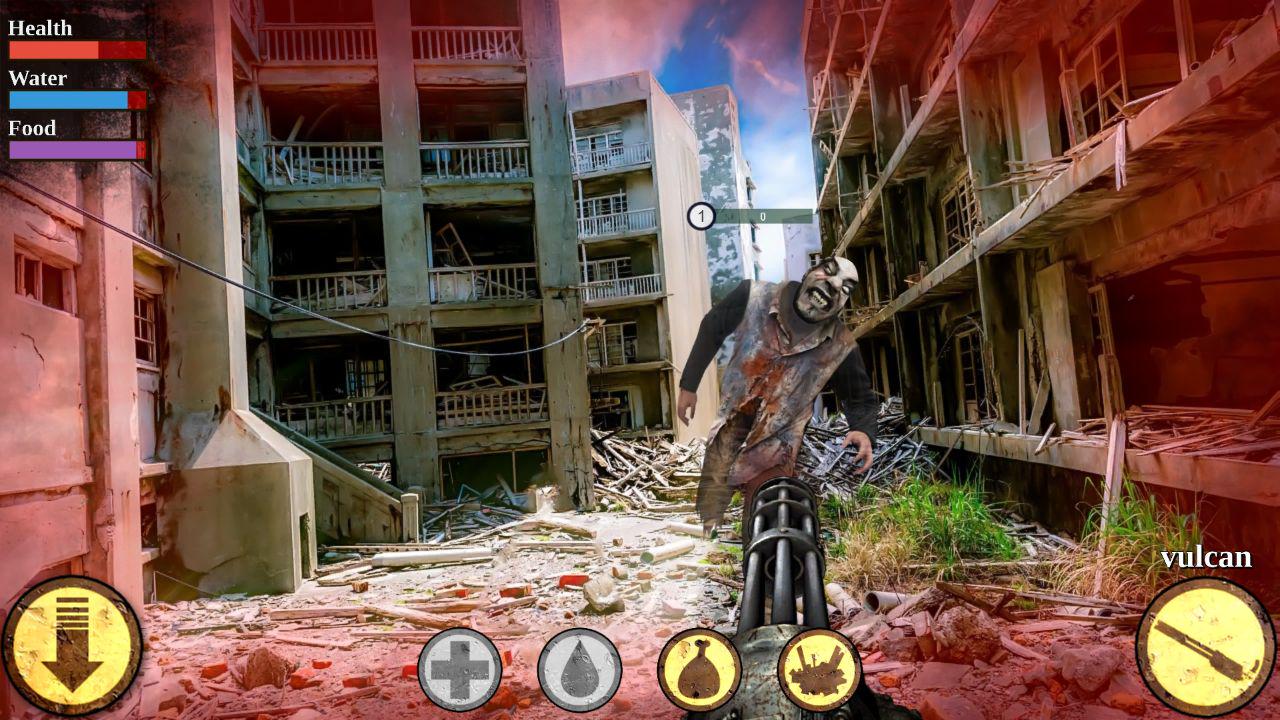 A good survival game uses health, food and water bars like the Sword of Damocles, constantly hanging above the player reminding them that their time is short and that at any moment things could go horribly, horribly wrong. For Ashes, those bars are the entire game. Players are cast as a survivor in the zombie apocalypse, and are tasked with going from location to location (read: stock images of poor or war-torn cities) collecting medicine, water, food and trash whilst being occasionally attacked by zombies (read: poorly animated paper-doll stock photos of zombies). The medicine, water and food are used to keep the player alive, whilst the trash is used to upgrade the player's equipment. So far, so survival. The problem is that the player does all this by clicking on buttons and waiting for progress bars to fill. Essentially this game is to survival games what early incremental clickers were to action RPGs; you press a button, a number goes up, rinse and repeat. There is, however, an element of strategy. Locations closer to the player's shelter offer fewer rewards but also weaker and less numerous zombies, and so choosing where to grind is a matter of risk vs. reward. The rewards don't actually differ by a great amount for most of the locations though, so it becomes less a matter of choosing a location that may kill you but would yield you a massive amount of resources, and more a matter of just choosing a location where your health bar isn't dropping particuarly quickly from repeated visits and just pressing the same four buttons time and time again. As a somewhat obsessive incremental clicker player (ask Avery about my Cookie Clicker runs) I found myself playing this one entirely joylessly for an hour and a half and during that time I gained every achievement. I have no idea how much game there is left, or even if there's an ending to it, but I'm going to try to avoid finding out. 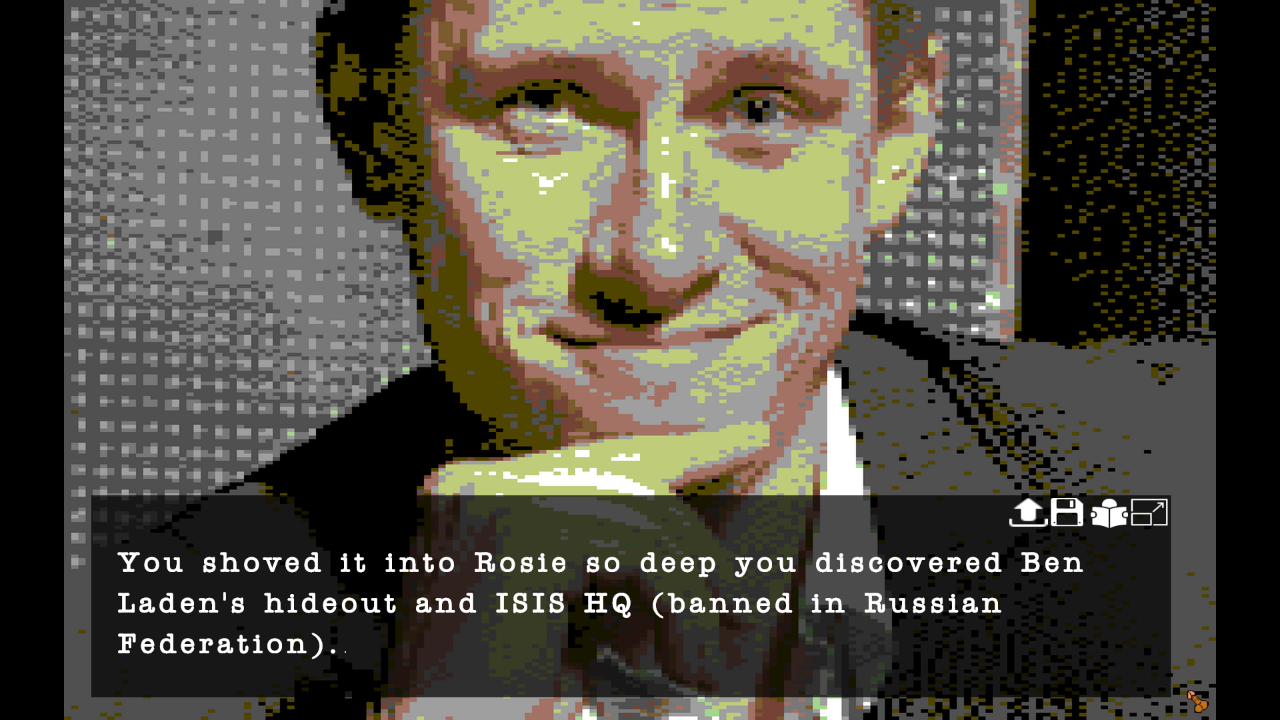 It gets this crude almost immediately. And then just goes on and on.

Grand Pskov Story starts with a straight up rip of the disclaimer from the start of every South Park episode. It then proceeds into some of the worst-written text-based hardcore pornography I've ever had the unfortunate opportunity to stumble across. Judging from the 17 minutes I put into this title (most of which involved an extended group sex scene, the dialogue of which was at least 25% expletives), I suspect that the vast majority of the game's grimy early computer graphics style images are screencaps from pornographic movies. The humour isn't merely puerile, it's the kind of thing that a teenager would have written in the early 2000s: It feels like any joke that isn't just 'hur hur, explicit sex' comes across as being edgy for edgy's sake, and often swings into the downright offensive. And quite frankly, it commits the biggest sin that any porn, comedy, or computer game can commit; it's just downright boring. The muted colour palettes, the awkward and uninteresting sexual nonsense (that the player has to read through over and over again when they choose the entirely arbitrary wrong choice in any decision) and the game's beepy, annoying soundtrack all come together to make up something that's deeply, deeply uninteresting on any given level. 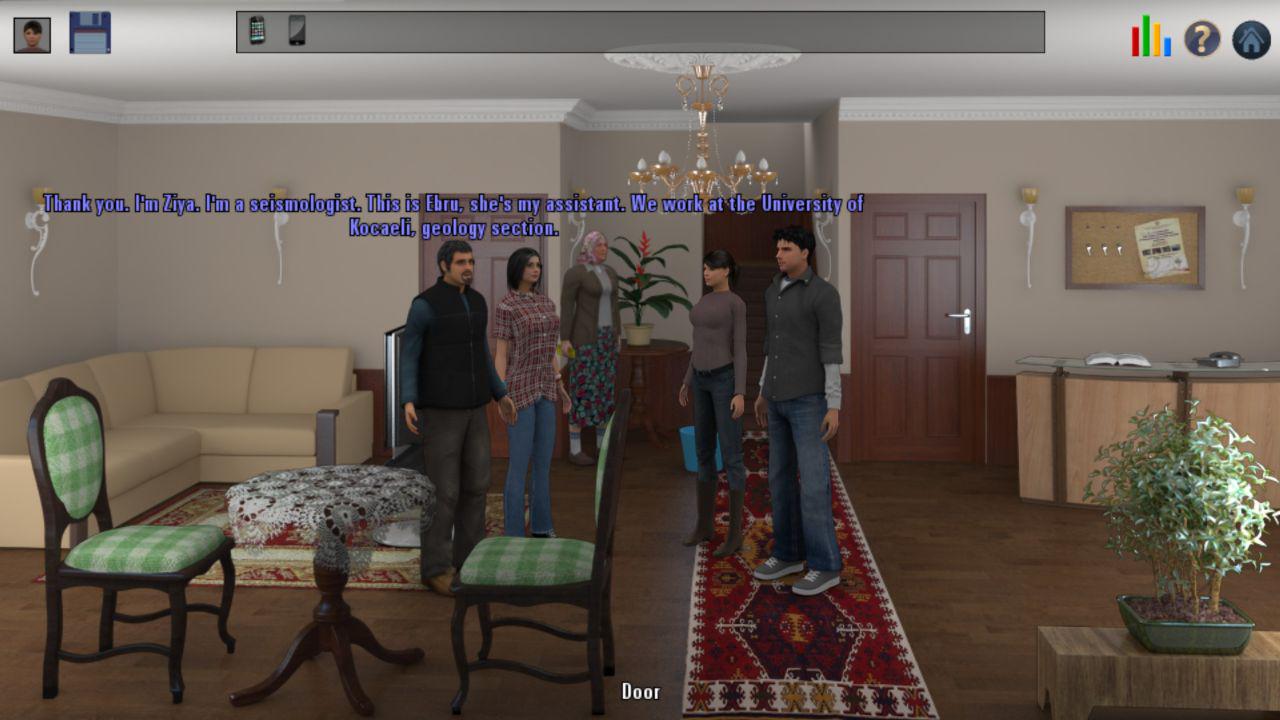 I'm not quite sure whether the translation is poor, or whether it was this flatly written to begin with.

Say you're playing an adventure game; how many steps would you expect to need to take in order to sneak into your rival's hotel room and steal their research? I mean, you'd normally expect to have to distract the hotel's owner with some scheme in order to steal the key, find some way of making the rival leave the room for a while for a while, and then solve some tertiary puzzle inside of the room itself in order to find the rival's secret hidden research notes. In Bizarre Earthquake, you use the key on the door (which you picked up in a cutscene) and then examine the research notes which are left out in the open on the writing table. This is just one of the myriad of problems with Bizarre Earthquake, a point and click adventure game by Turkish developer Proximity Games. Even by the standards of the casual end of the adventure game genre the puzzles are often much too easy, and in those cases when they're not immediately apparent it's mostly because the solutions were less logical than the ones I came up with. When looking for a man in complete darkness I tried in vain to use the light of my mobile phone or to switch on the headlights of a vehicle parked nearby. The actual solution? Press 'use' on a darkened bush. 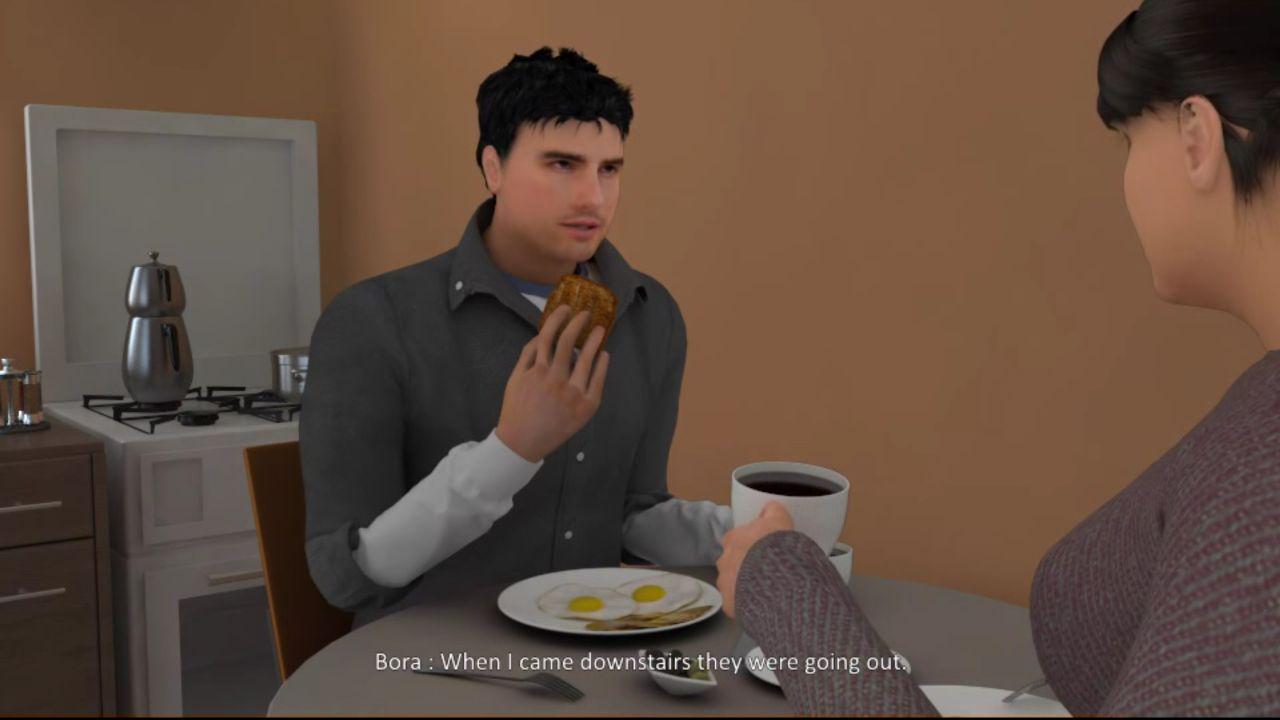 Seriously though; he looks like a young Tom Cruise. Or a better looking John Barrowman

The plot, in which a seismologist and her young-Tom-Cruise-looking assistant investigate a bizarre earthquake near Istanbul makes for an intriguing little mystery story which is utterly wrecked by the poor translation, and what was quite possibly full of (reasonably) witty remarks in the original Turkish feels very 'go here, do that' in English. It's a shame really, as the game's quirky pre-rendered style has a certain amount of late 90s charm to it, but with some much cleaner design. Given a once-over by a native English speaker, this one would probably be passable.

You can probably tell by my disdain that I'm not going to be recommending this bundle.

Whilst only 33% of this batch is utterly irredeemable trash, the two actual games that come with it are well made but mediocre, and Ashes in particular is nothing but a grindy waste of your time. If you're looking for an alternative recommendation at around the same price, the excellent Blackwell games are currently 99p each (if you're quick) in the Steam Autumn Sale, and you can supplement that with any free incremental clicker game of your choice. And if you really do need something to replace Grand Pskov story you can use the internet. I hear there's a lot of things on it that might take your fancy, if you know what I mean.