This week I'm Looking at the Go Go Bundle Limited #18, which released on 11th November and will be available for over a month. It's a monster of a bundle containing 9 games from a variety of genres, all of which have Steam keys (remember when bundles didn't necessarily have Steam keys? Heck; remember Desura?). Fascinatingly, the Go Go bundle lets buyers buy an unlimited number of keys, with massive discounts for those buying larger quantities of the bundle. Why exactly anyone would need to buy this specific mass of games at wholesale prices I'm not 100% sure, but there's definitely potential for mischief regarding trading card farming or dodgy third party key re-seller sites. But for the average user who's only buying one key, this bundle comes in at a cheap and cheerful 99 cents, payable by PayPal only.

Well, at the very least it's cheap. Lets take a look at just how much bang you get for your buck.

Dream Dealer is an experimental game that takes the form of a series of dream-like first person vignettes strewn together with very little connection or transition. In the hands of a more experienced developer, this sort of stream of consciousness approach to design could be interesting, but in the hands of Eternity Studios it just comes off as an awkward first attempt at making a game. 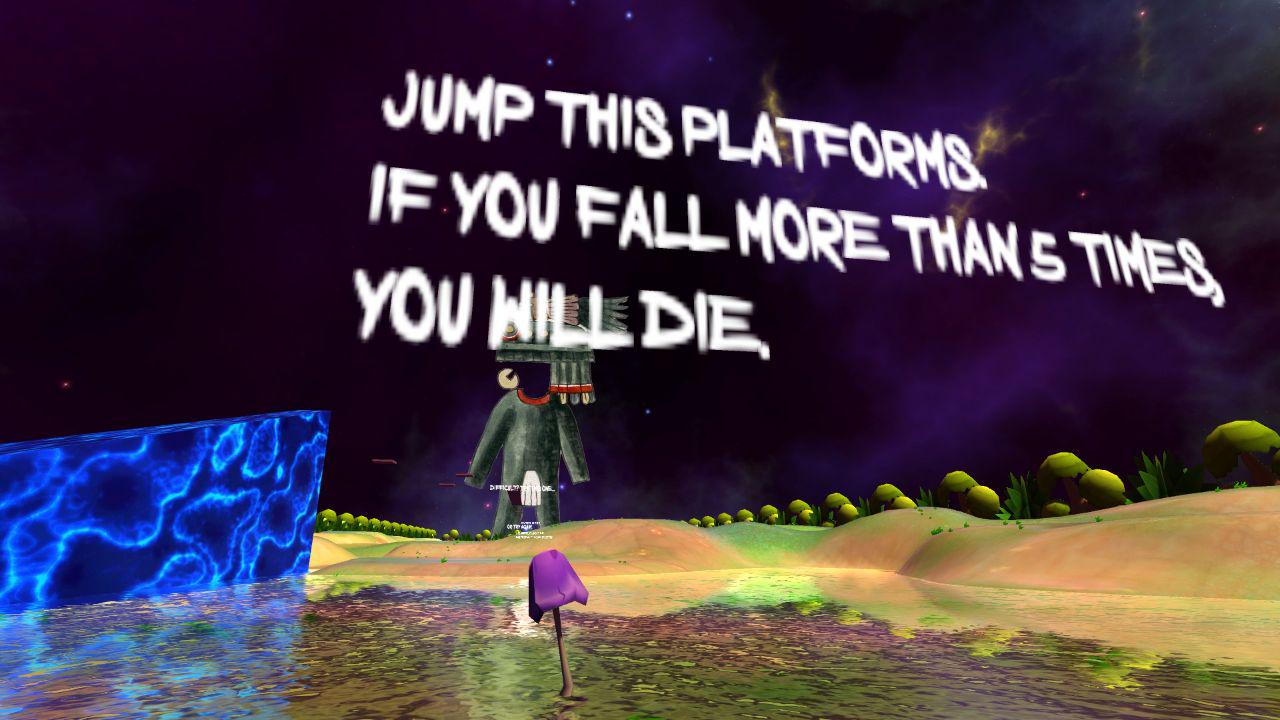 If nothing else, Dream Dealer at the very least has good font choices.

The objective of the endeavour is to escape the game's weird dreamscape, a task that involves walking around a bit, enduring through some frustrating and poorly designed first-person platforming and, ultimately, putting up with some sub 90s-flash-game-level jumpscares. It's not the worst game I've played where the creator was obviously just messing around with the unity engine, but it's pretty close. 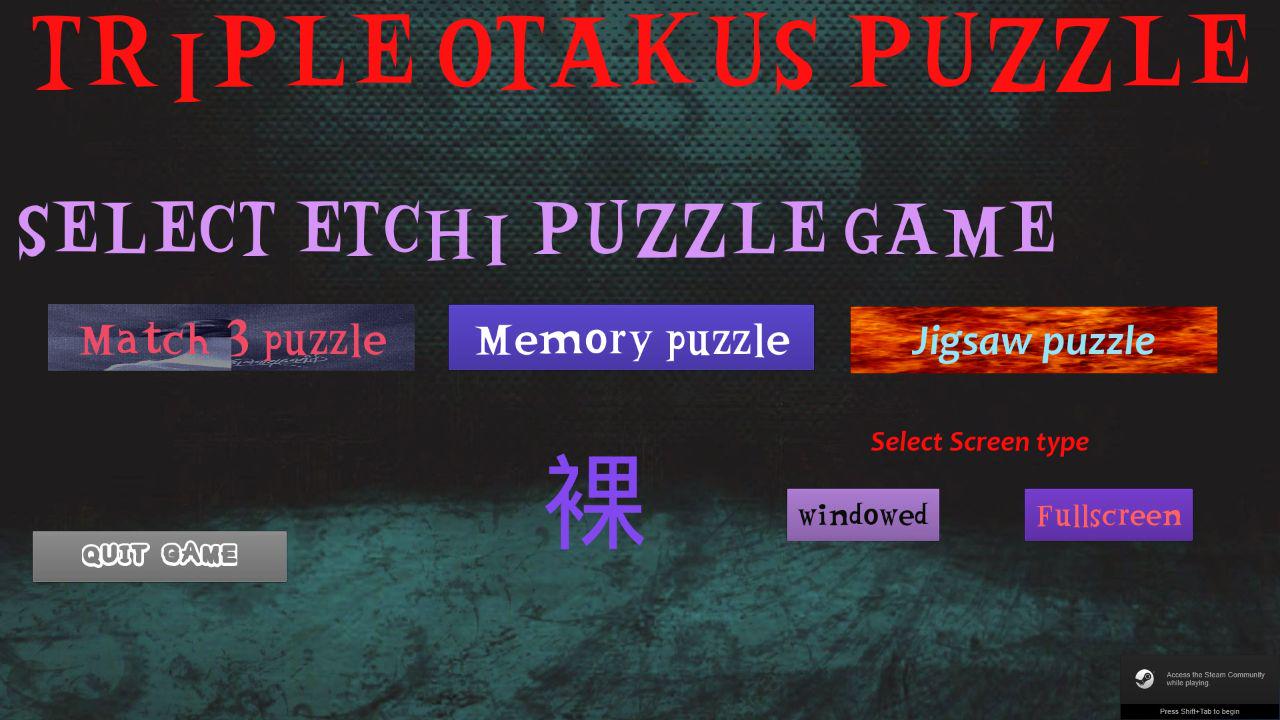 This is the only SFW screen of Triple Otakus Puzzle. The rest of the game isn't any better designed.

Being the naive innocent fool that I am, I assumed that a game with a title like 'Triple Otaku's Puzzle' would be a bad clone of 'Pixel Puzzles Japan', a japan-themed jigsaw game. Instead I got a game with tentacle fetish art in it. Triple Otaku's Puzzle is a trio of poorly-implemented puzzle games containing an astonishingly small sample of awkwardly resized suggestive anime art in murky, unpleasing colours. The Match-3 puzzle is just outright broken, the memory puzzle is boring, and I'm too embarrassed to play a tentacle porn jigsaw puzzle in my living room. It's neither a fun nor (I would suspect) titillating experience for the user which rather defeats the object on both counts. 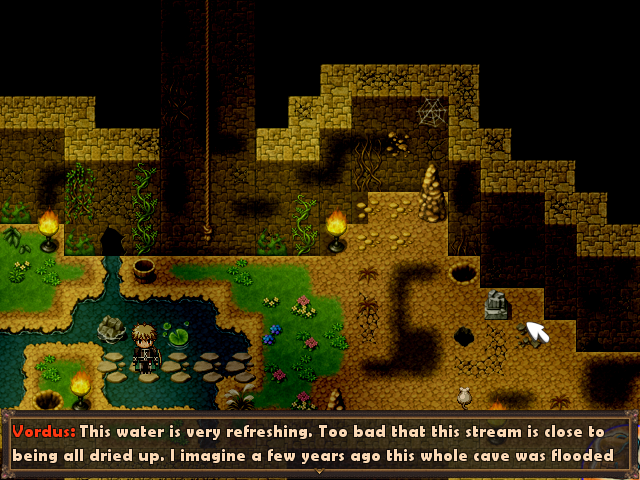 It's no To The Moon or Cherry Tree High, but A Long Road Home has some decent ideas and solid puzzles.

The weakest aspect of A Long Road Home, a point and click adventure game made in the RPG Maker engine, is that it mostly seems to use default RPG Maker art. Aside from this and a few minor bugs, there's very little to complain about in this remarkably well-built and fully featured adventure. The player controls an adventurer who, having been separated from his family and attacked by a monster in the woods, finds himself recovering in a small village that won't let him leave. Things quickly complicate when the player finds the temple of an abandoned God underneath the village and is dragged into a plot that involves ancient evil, ghosts of the past, and his family's legacy. The plot's a little wonky in places, but there's some fun writing and plenty of entertainment to be had. 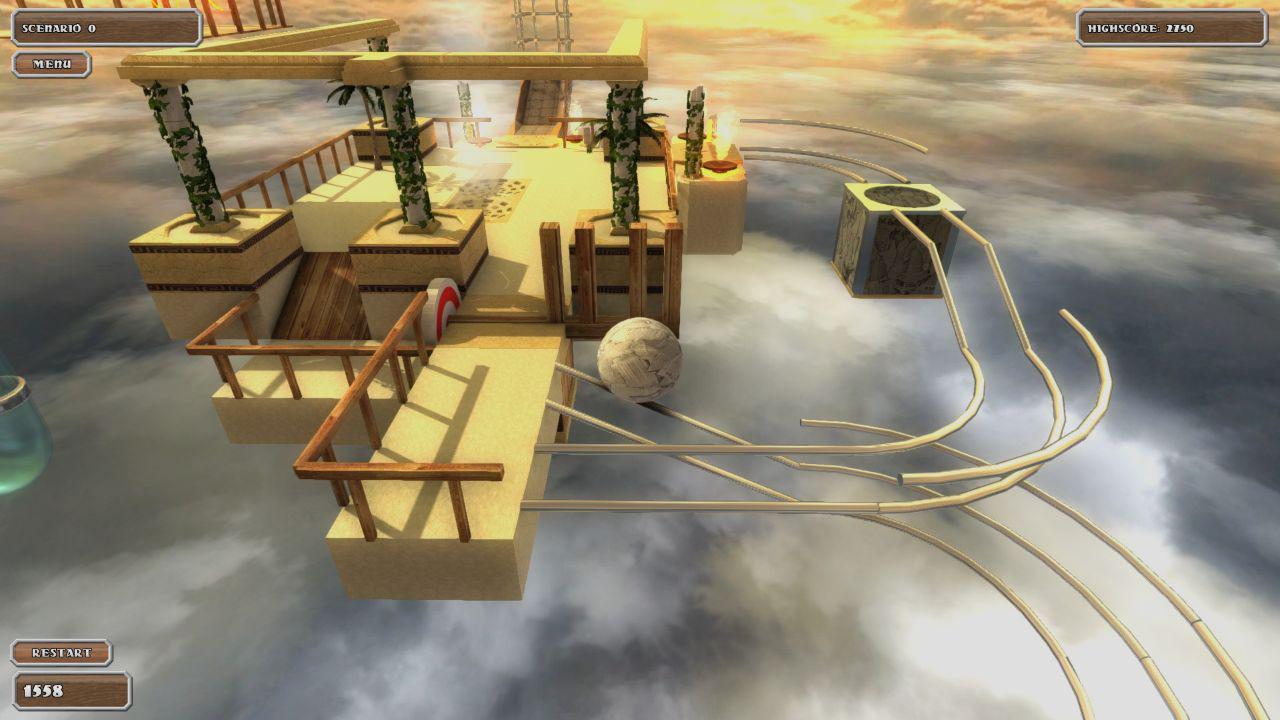 It's okay, but the physics tend to balls up every now and then.

Puzzle Ball is an ambitious ball rolling physics puzzle game with a split-screen multiplayer mode and an extensive level editor. Unfortunately, it's marred by the fact that the physics aren't actually reliable enough for many of the game's puzzles to function as intended. Spheres nowhere near the player's own ball randomly roll off from perfectly flat surfaces, or topple themselves off of plinths before the player can activate them making some puzzles frustrating simply for the amount of effort involved in herding balls into awkward positions on the game's maps. Also, the translation is not only incomplete, but also contains both German and Russian text within the supposedly English translation. Still there's some interesting ideas going on with changing the material the ball is made of mid-puzzle and an extensive library of player-made levels so if you're willing to put up with the dodgy object physics and the lack of a free-moving camera there's quite a bit to bite into. 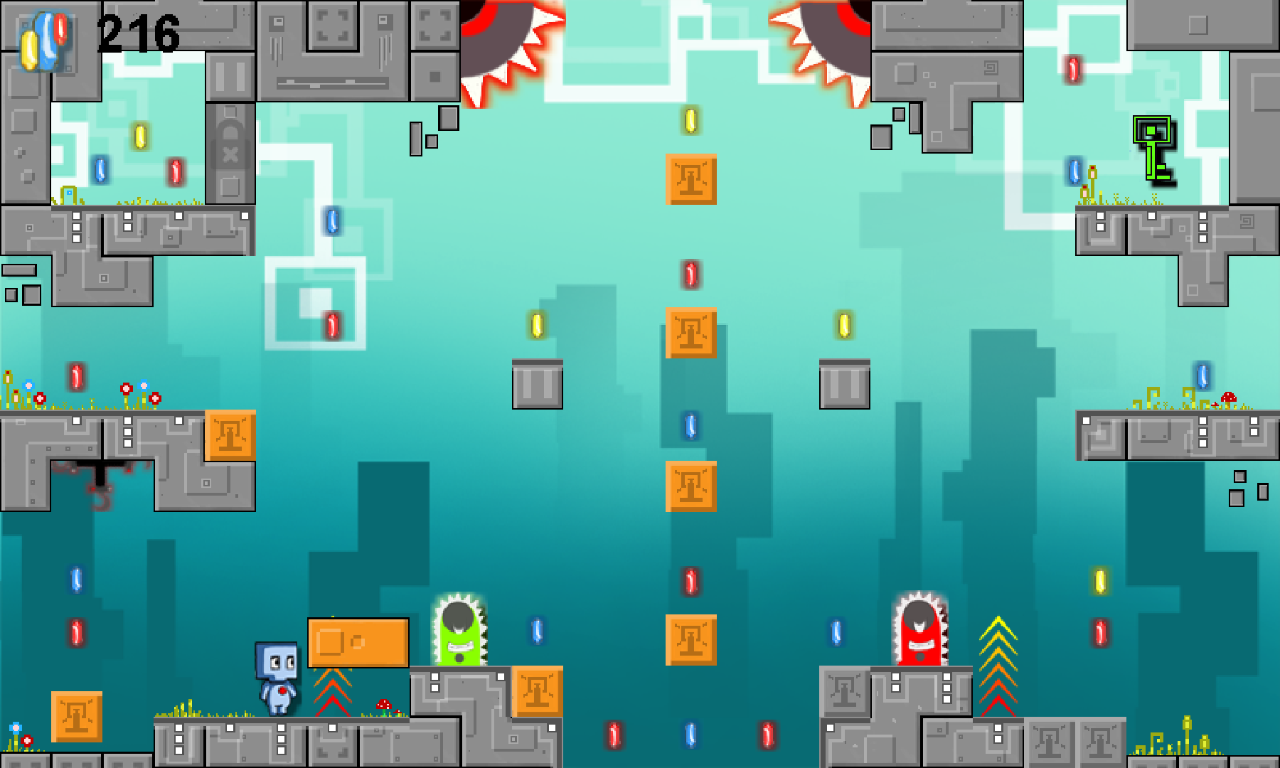 All the levels are like this. Just gems strewn everywhere.

The tagline for Anki is 'Anki will kick your ass kindly'. In actuality, it'll kick your ass slowly. Anki is a meanderingly slow single-screen puzzle platformer that does very little to engender either fun or challenge. Movement is slow and boring, and the game lacks any of the tight puzzle design seen in other games in the same genre. The game's main gimmick seems to be that if you fall off one edge of the screen you'll appear at the opposite side, basically putting it on par with any of a large number flash games from the early 2000s. The levels are generally overdesigned: Players spend as much time with the busywork of general gem collection as they do with any of the stages' actual puzzles or challenges, and as each stage begins from the start whenever a player touches an enemy the player ends up doing the same repetitive, unnecessary tasks again and again until a level is complete. 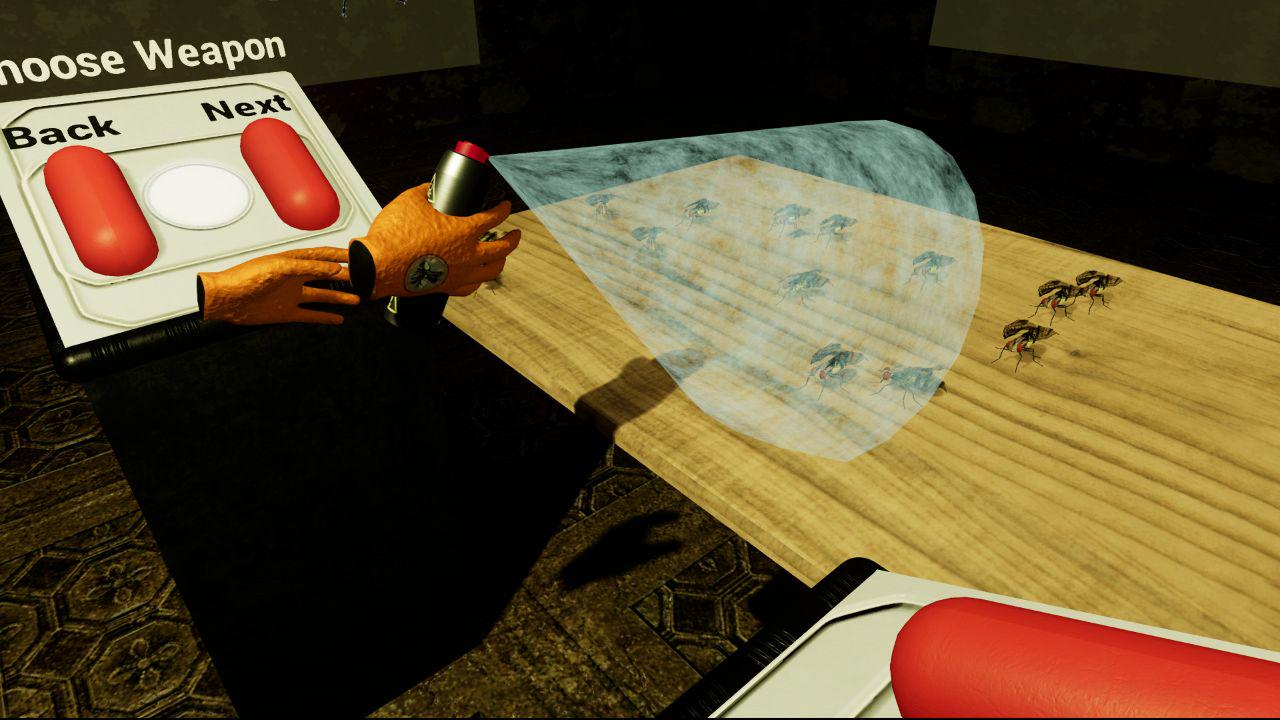 This is not the VR the 90s promised me.

Fly Destroyer requires a virtual reality headset and motion controls. It seems to be a game in which you swat flies. According to SteamCharts, it has never been played. Ever. By anyone. 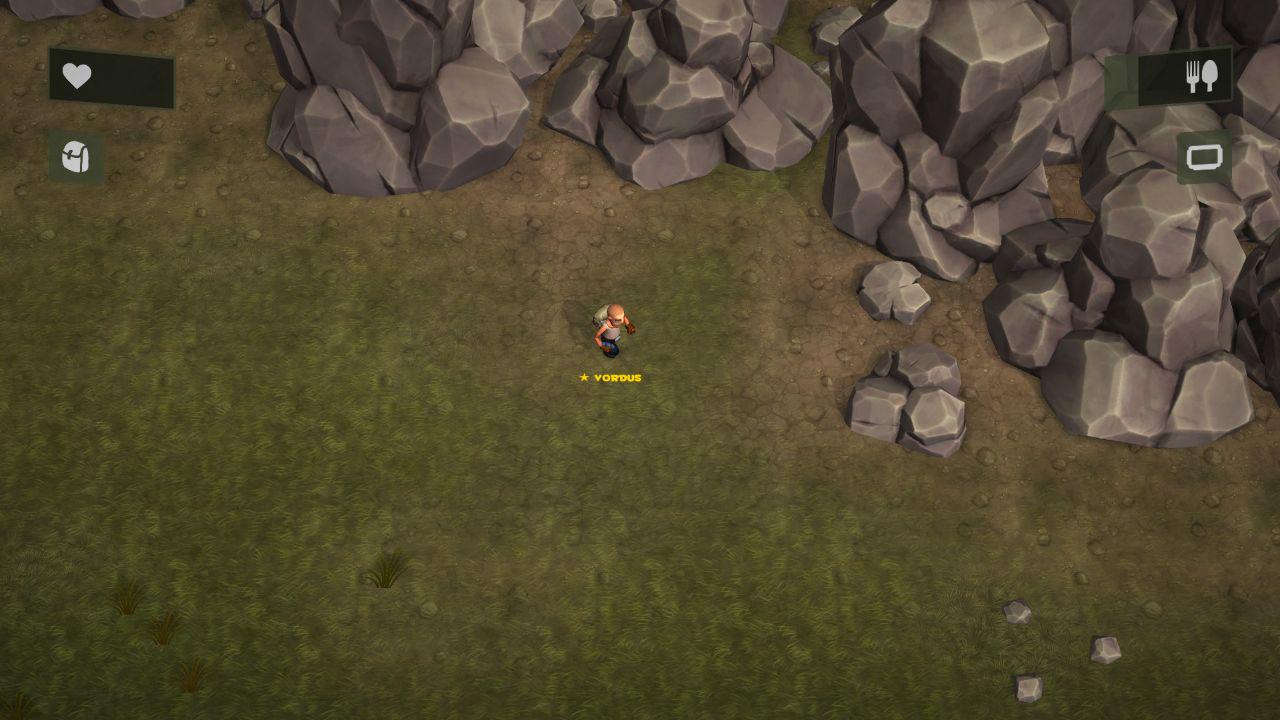 Finding loot is fun, but there's a vast emptiness between anything useful.

Unlike most of its brethren in the multiplayer survival sandbox genre, Immune foregoes the usual third or first person 3D gameplay for a top-down diablo-esque approach to the genre. It also forgoes having an interesting map, with large swathes of the game's relatively small map being nothing but flat, open terrain with nothing on it. Still, it has co-op multiplayer, optional PvP and PvE and a bevy of features including missions, vehicles, fortification construction and a vast selection of weapons. There's definitely some potential for messing around with your friends, and with the astonishingly empty official servers you're unlikely to run into any griefers. 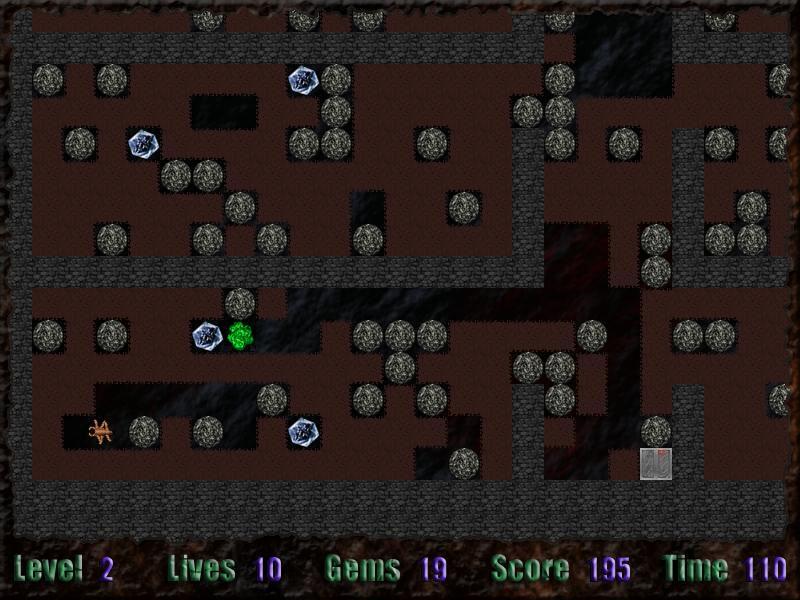 Windows can't see GET THE GEMS to screenshot it, so have this one from the Steam page.

GET THE GEMS advertises itself as being for 'OLDSCHOOL PLAYERS ONLY'. I can only assume that that means players with outdated computers, as the game runs on DirectX7 and I had to enable the long-defunct DirectPlay API in order to get it to load up. Still, the game is a pretty passable Boulder Dash clone with a severe difficulty curve and a decently tense atmosphere. It's pretty playable, once you can get it to play. 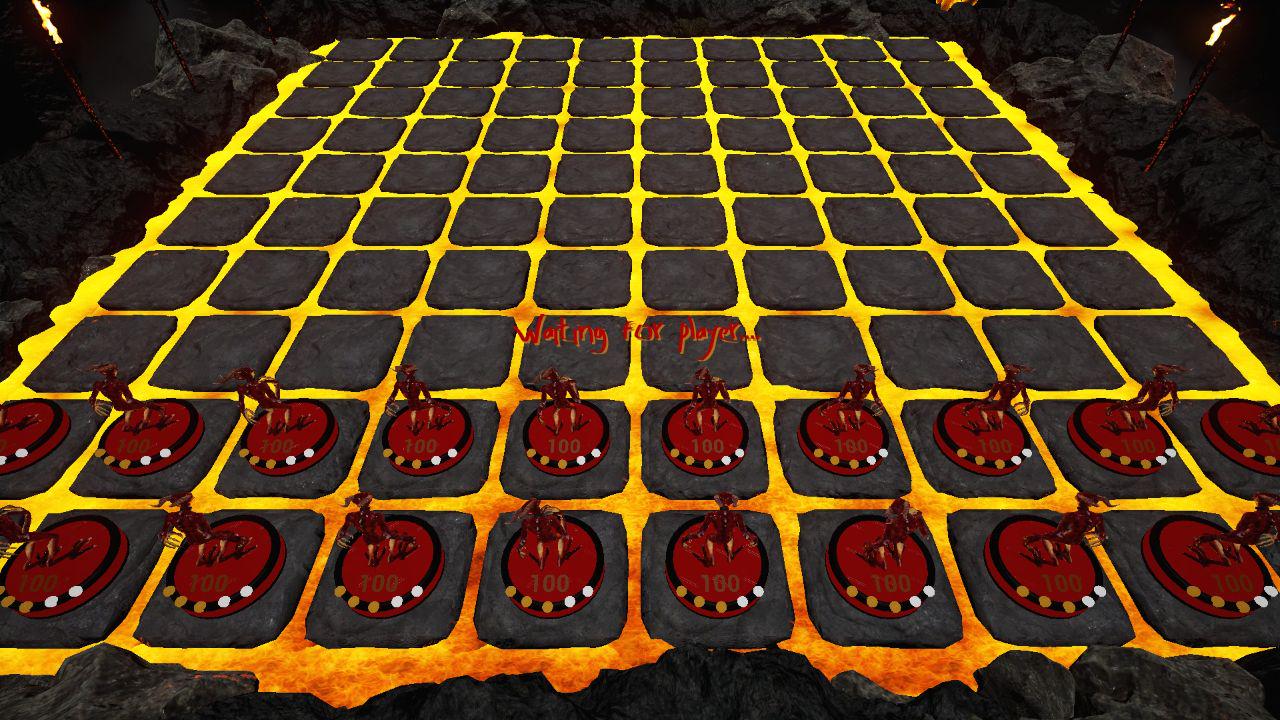 Demon Horde Master is some sort of board/card game hybrid. Not that I can tell; the game has no AI opponents and no online community. Heck, it doesn't even have a tutorial mode or any form of instructions so even if I somehow managed to connect to someone I'd have no idea how the game works. Fun Fact: The game has advertised itself as having cross-platform multiplayer since 2015, but it's also windows-only. Fun Fact 2: According to the achievements, 0.6% of players have ever actually won a game of Demon Horde Master, but as 0.5% have supposedly won 1000 games I suspect that 0.5% of players used achievement-unlocking cheat software to get there. That would imply that around 1 in 1000 players who have actually loaded up the game have ever been able to play it enough to win a game. Ouch.

So in conclusion, was this bundle worth the 99 cents I paid for it?

Well, yes and no. A Long Road Home is legitimately a hidden gem but it's also one that can be picked up for 99 cents outside of the bundle, and that way the dev would be getting 84 cents instead of less than 10. Puzzle Ball, ANKI and Immune are sort of okay, but all feel clunky and unfinished. Get the Gems isn't my sort of thing, and indie Boulder Dash clones are ten a penny. The rest are utter trash, and Triple Otakus Puzzle now has the dubious honour of being the only game I've ever deleted from my Steam account. Ultimately I can't recommend this one; even at a dollar this bundle offers extremely dubious value for money.